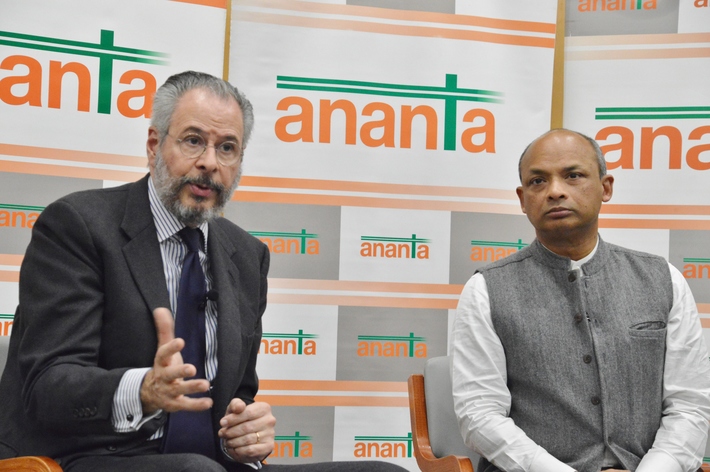 Relations between Brazil and India have been on an upward trajectory recently, receiving a push from favourable domestic and international developments. Both countries have demonstrated commonality in multilateral political and economic matters which creates a strong foundation for a stimulating bilateral relationship. Both countries are playing a lead role in the process of reviving south-south diplomacy which aims to not only promote a new configuration of multilateral institutions reflecting the current geopolitical scenario but also support cooperation among developing countries.

The acceptance of India’s invitation by the Brazilian President to be the Chief Guest at the former’s 71st Republic Day celebrations is a positive sign of commitment from both countries to expand bilateral ties beyond the current mandate focusing on converging interests. During the visit, India and Brazil have signed 15 agreements to strengthen cooperation in multiple areas ranging from energy, trade and investment to cybersecurity and information technology.

Set against this backdrop, the Ananta Aspen Centre recently hosted H.E Mr André Aranha Corrêa do Lago, Ambassador of Brazil to India as part of its Ambassador Series for a session titled “Beyond BRICS: Tapping the Full Potential of the India-Brazil Partnership”. The session was ably chaired by Mr Pramit Pal Chaudhuri, foreign editor of Hindustan Times.

President Bolsonaro’s Republic Day visit has been a landmark in the India-Brazil relationship as it marks the beginning of new mandates for both the President and Prime Minister Modi. It is a good time to collaborate on various levels bilaterally using the synergy between the two countries on multilateral forums like IBSA, BRICS, G4, G20 among others.  The strong personal dynamic between the two leaders ensures a positive pre-disposition to follow through on projects of mutual benefit.

The ambassador explained the areas which would be focused on in order to strengthen the relationship. Brazil is one of the first nations to have a strategic partnership with India. Brazil and India are looking forward to expanding this partnership and make it tangible not only at the higher levels but for all stakeholders and business investors. Only a committed and focused approach would work in order to smoothen the process and issues that may arise.

Discussing economy and technology, the ambassador was optimistic about the unique opportunities the two countries have to offer. The businesses in both countries are bright and courageous and which provides a strong base for cooperation. Especially start-ups working on fin-tech and other similar areas are good sources for collaboration and investments and unicorns could be established for the purposes of strong B2B relationship.

Coming to energy, Brazil changed its status through the bioethanol programme in 1970s. India and Brazil suffered the most during the oil crisis of 1973- one of the roads which Brazil chose was to invest in ethanol. Currently Brazil has 0 subsidies and has agreed to collaborate with India on ethanol and would also share the state of art technology in this sector. Brazil has become one of the largest producers of oil and while India imports crude oil from Brazil at the moment, it also has a lot to offer in terms of hydro and wind energy. They build 2.8 million cars per year, with 98% of these cars having flexible technology, which could be explored by India.

Interestingly food is another upcoming point of convergence between the two countries. India consumes very different food from Brazil. There is a great demand for protein in India and Brazil is producing certain pulses only for exporting to India. As millions of people integrate, the consumer market is steadily growing.

On trade, India and Brazil have signed the first investment cooperation and facilitation treaty agreement during this visit in order to increase trade and investment in areas with high growth potential. This provides a great opportunity for Brazil’s modest trade to grow significantly based on the fact that when the profile is analysed, India is deemed as developed while Brazil is developing. The arrival of 50 businessmen from Brazil along with the official delegation is a strong signal of commitment to strengthen business and trade relations. The two nations have agreed to increase the bilateral trade from $8.2 billion to $15 billion by 2022. In addition to this, the two countries are also looking to strengthen defence industrial trade and widen the scope of partnership in this sector.

There are many commonalities in views despite the geographical distance between the two countries, especially on terrorism and climate change. As the world becomes increasingly complicated, a strong partnership between the two countries could play a crucial role in balancing world powers based on shared values of democracy, multiculturalism and free trade.

E-mail me when people leave their comments –
Follow
Posted on