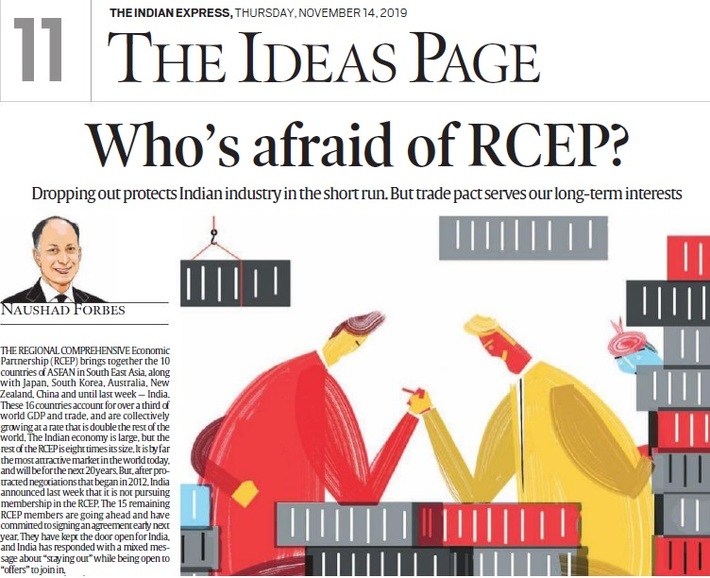 The Regional Comprehensive Economic Partnership (RCEP) brings together the 10 countries of ASEAN in South East Asia, Japan and South Korea, Australia and New Zealand, China and - until last week - India. These 16 countries account for over a third of world GDP and trade, and are collectively growing at a rate that is double the rest of the world. The Indian economy is large, but the rest of RCEP is eight times the size. It is by far the most attractive market in the world today - and will be for the next twenty years. But after protracted negotiations that began in 2012, India announced last week that it is not pursuing membership in RCEP. The 15 remaining RCEP members are going ahead and have committed to signing an agreement early next year. They have kept the door open for India to join, and India has responded with a mixed message about “staying out” while being open to “offers” to join in. To read more click here