8th India – US Track II Dialogue on Climate Change and Energy: playing by the Katowice rulebook : 16th–18th January, 2019 / Boston, US

Ananta Aspen Centre and the Aspen Institute US jointly convene the India US track II Dialogue on Climate Change and Energy. The civil-society dialogue, supported by Shakti Sustainable Energy Foundation, builds on the initiatives originally launched in the energy MoU signed between President Obama and Prime Minister Singh at the 2009 summit in Washington.

India is working towards keeping its Copenhagen and Paris commitments. The dialogue is therefore an important one for the country. It defines a bilateral agenda on critical energy and climate concerns, tracks the rapidly evolving national energy and climate positions of both the countries, and seeks to explore new collaboration venues for mutual economic and environment gains.

The 8th meeting of the India – US Track II Dialogue on Climate Change, convened soon after the release of the Katowice rulebook, was especially important. It contextualised the political atmosphere around climate change policy at the global, national and sub-national levels and set the tone for key discussions on air quality and reduction of short-lived climate pollutants, shared and electric mobility, financing the energy transition, and the role of science and technology in climate and energy policy. Additionally, newer elements like Artificial Intelligence were added to the mitigation discourse. 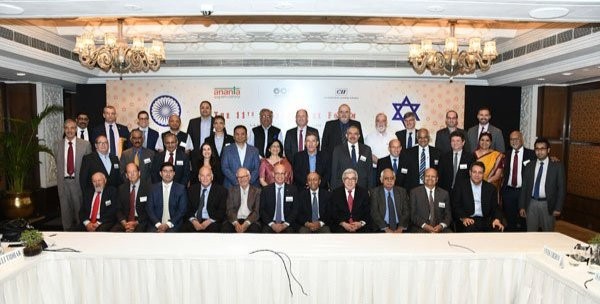 The 11th India Israel Forum was held in the backdrop of enhancing bilateral ties between the two countries. Prime Minister Modi visited Israel in June 2017. Subsequently, Prime Minister Netanyahu visited India in January 2018. This is an exciting time for both countries.

This Forum reflected much of the energy that has come to mark the conversations between the two countries post visits by their respective Premiers. While the bilateral relations between the two countries have been growing at multiple levels ever since diplomatic ties were established in 1992, there is now a deeper engagement stimulated by realization of each other’s potential. The momentum to bilateral cooperation is coming from the top level.

While defence cooperation continues to be bedrock of this relationship, the India Israel ties have diversified to technology cooperation, education & academic curriculum, food security, water efficiency and other key areas of collaboration.

Many leading high-tech companies in Israel and India are forging joint ventures to compete successfully in the tough international marketplace. There is agreement on both sides on the need to collaborate in the space of Research and Development. Israeli technologies continue to find a strong market in critical Indian sectors like agriculture and water, more so because both countries face similar issues.

The two countries would benefit by collaborating on high-end technologies like AI and automation, big data, microprocessors and semiconductors and biofuel among others, which will not only build mutual trust and confidence but also develop expertise and technology know-how.

Panel Discussion: Can the India – Japan partnership be a factor of stability in an uncertain world? : 28th January, 2019 / New Delhi The Nippon Foundation supported an Ananta Aspen Centre facilitated panel discussion on  the multidimensional scope of the India – Japan relationship. The panelists discussed present day geopolitics with India, Japan and China as the major Asian players as also the challenges and opportunities of the 21st century world order. It was concluded that, going forward, both India and Japan could increase engagement in multiple areas to strengthen bi-lateral ties like technology, private sector investment, security, terrorism, cyber security, maritime issues and tourism. The Banyan Tree Dinner is designed as an evening of dinner and conversation with a purpose. It involves a moderated discussion around a Socratic Reading and gives the participants an insight into what it means to to be a part of the Ananta network. At the Mumbai dinner, there were 15 participants from corporates, civil society and NGOs.