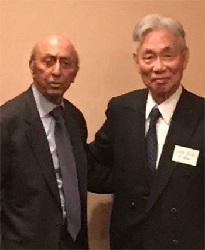 Ananta Aspen Centre, in partnership with the Confederation of Indian Industry, held the fourth edition of the Japan-India Strategic Dialogue in Tokyo. The Dialogue was co-chaired by Dr S Jaishankar, then President, Global Corporate Affairs, Tata Sons Private Limited and Tarun Das, Founding Trustee, Ananta Aspen Centre and Chairman, Institute of Economic Growth, on the Indian side and Yoshiyuki Kasai, Chairman Emeritus, Central Japan Railway Company and Dr Tomohiko Taniguchi, Special Adviser to the Cabinet of Prime Minister Shinzo Abe and Professor Keio University Graduate School of System Design and Management on the Japanese side. On the agenda were discussions on economic opportunities, energy collaboration, cyber security, space co-operation and political situations in both the countries as well as security threats and challenges. 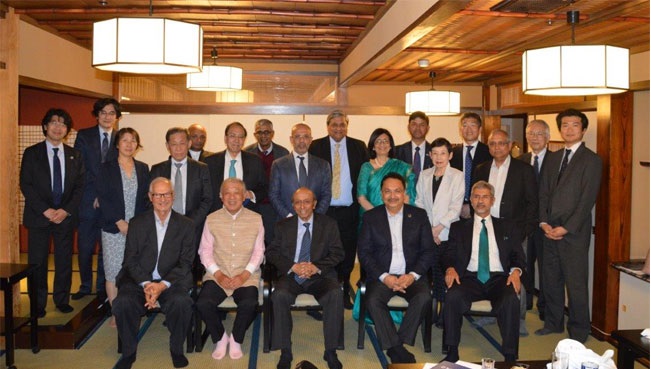 Members of the Indian delegation with Mr Yohei Sasakawa, Chairman, The Nippon Foundation 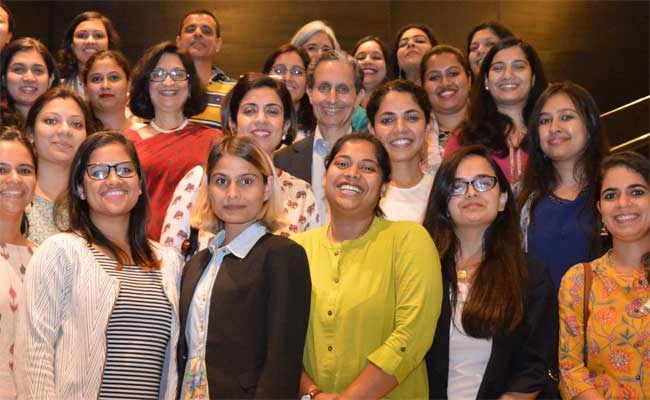 The GP Birla Fellowship for Women Leaders has been especially designed to catalyze the leadership journey of women from tier 2 and tier 3 cities. The participants, in the age group of 27–35 years, are carefully selected and equipped with tools and resources to accomplish their leadership goals. The programme also helps build a network of Fellows who can act as a support group for each other. The second cohort completed their first seminar – The Challenge of Leadership – in April, 2019. The seminar initiated their journey towards self-discovery.

Conversations for a better society: Banyan Tree Dinners in Pune and Kolkata
22nd February, 2019 at Pune and 12th April, 2019 at Kolkata 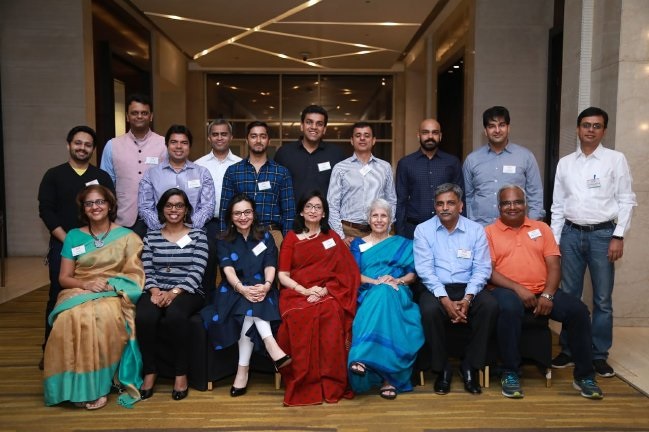 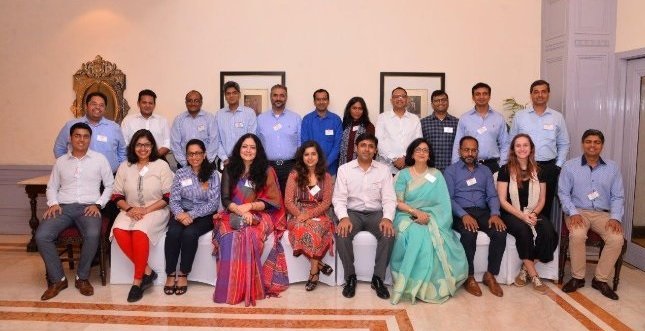 The Banyan Tree Dinners, pivoted on a reading, are designed to be an evening of meaningful discussions. The participants come from diverse backgrounds and share a common desire to engage, explore and experience the Aspen Methodology of Socratic Dialogue. 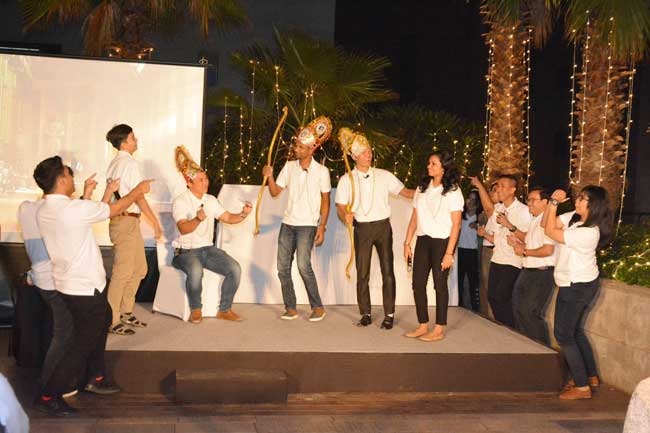 The ASEAN Fellows enact the Ramayana

The ASEAN India Leaders Fellowship is an initiative of the Ananta Aspen Centre in partnership with the Ministry of External Affairs to celebrate 25 years of ASEAN India.  This leadership programme, consisting of four seminars, encourages the participants to examine important regional issues from multiple viewpoints. It sensitizes them to each other's challenges and leads to exchange of thoughts and ideas on building a better region. During the second seminar of the inaugural class, the participants were guided by the moderators to develop a collaborative vision of a good society. Part of this vision building exercise and its internalization involved enacting the epic, Ramayana. 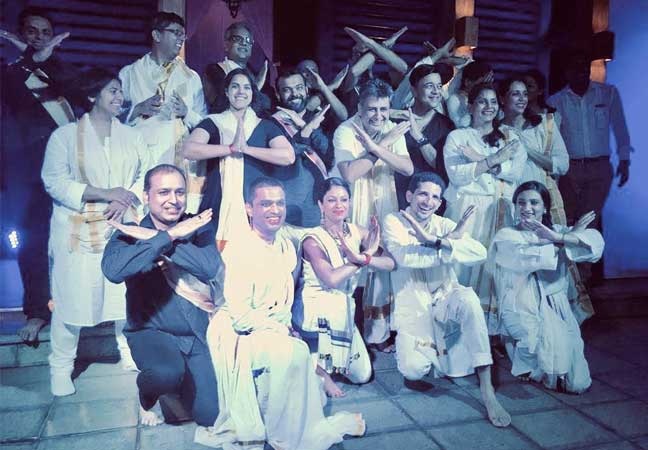 The 7th cohort of the Kamalnayan Bajaj Fellowship enact the play Antigone, by Sophocles

An Aspen Seminar, developed in the '50s by Aspen Institute, is a trademark methodology designed to foster meaningful discussion on the concept of “good society”. The idea is to have passionate dialogue around the tenets of such a society and the inevitable tension that arises out of creating it. At their second seminar, participants of the 7th cohort were encouraged to reflect on the concept of a good society, the values important to it and the role of leaders in shaping such a society. To ensure diversity, the group selected for the Fellowship had balanced representation in terms of gender, geography and professional background. The participants also performed Sophocles’ Antigone; this play has been a part of Aspen seminars around the world for over half a century. The attendees also gave and received feedback on their leadership ventures. Having such a venture is a prerequisite for being selected for a Kamalnayan Bajaj Fellowship, since the programme serves to move values-based leaders from thought to action and build a better India. 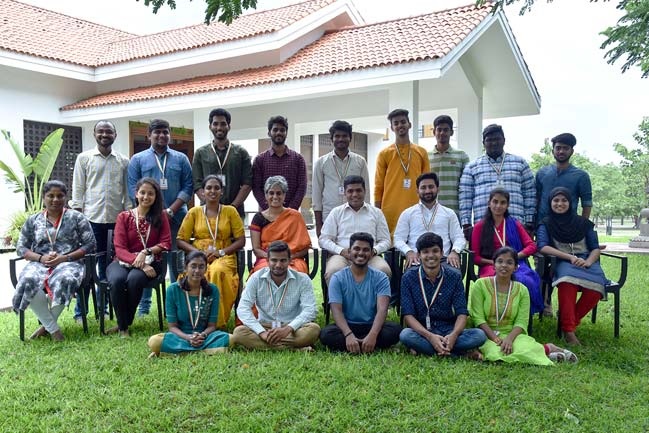 The Ananta Aspen Emerging Leaders Fellowship, an initiative of the Fellows of Class 5 of Kamalnayan Bajaj Fellowship, is a unique a six-day Leadership Programme for a diverse group of 24 college students from across India. The students, aged 18-22, engage in global readings curated and moderated by Aspen trained moderators. These readings set the context for discussions around building a better society and nation. The students are also  equipped with skills required to become change leaders. Three editions of the Emerging Leaders Fellowship have been held thus far and has created 60 youth leaders with the power to catalyse change. The 4th Edition of Emerging Leaders Fellowship was held in Kumaraguru College of Technology, Coimbatore. 20 Fellows graduated from this edition. The Fellowship was moderated by Shankar Vanavarayar, Kamalnayan Bajaj Fellow of class 5 and Joint Correspondent, Kumaraguru College of Technology and Executive Director of Sakthi Auto Motors and Shobana Kumar, Poet and Founder, Small Differences.

The Middle East of the 21st Century: Public sessions with Professor Asher Susser, Tel Aviv University
1st May, 2019 at New Delhi / 3rd May, 2019 at Pune 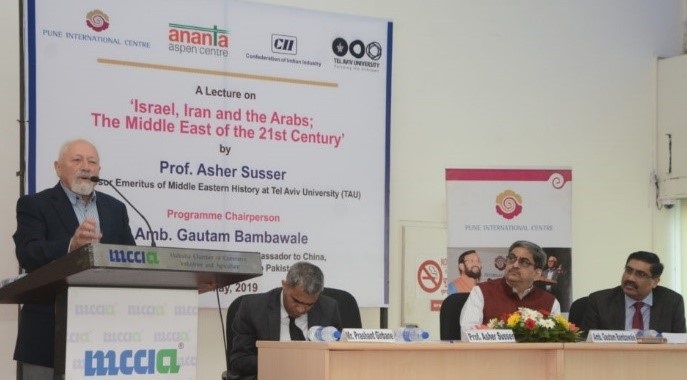 Professor Susser at the Pune session

Professor Asher Susser, Professor Emeritus of Middle Eastern History, Tel Aviv University spoke on Israel, Iran and the Arabs: The Middle East of the 21st Century  at  public sessions in New Delhi and Pune. He took the audience through how the Middle East of the 21st century had broken away from its past and was dominated by the non-Arab states of Iran, Turkey and Israel. The relative decline of crucial Arab states of the 20th century, such as Egypt, Syria, Iraq and Saudi Arabia had created political and economic difficulties and could potentially impact heterogeneous Arab societies and influence regional politics. The session in Delhi was chaired by Nikhil Sawhney, co-chair, India Israel Forum and Vice Chairman & Managing Director, Triveni Turbine and Director, Triveni Engineering. The public sessions in Pune were held in collaboration with Savitribai Phule University and the Pune International Centre (PIC). Former Ambassador Gautam Bambawale chaired the session at PIC.

Ambassador Series: Session on India-Norway relations with Ambassador of Norway to India